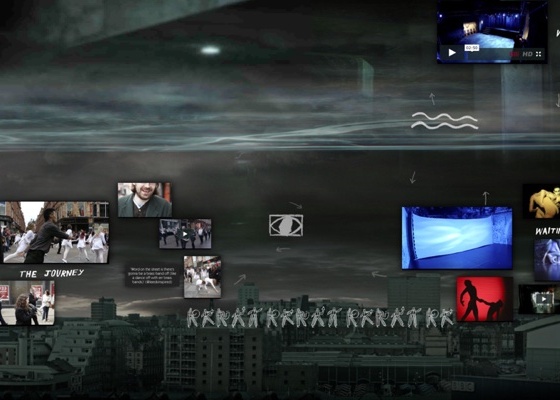 I led a team of Fran Graham and Alex Croft who, together with Nick Ellwood & Ross Featherstone from Breakfast, created an online representation of the Quay Brothers/Artists Taking the Lead project OverWorlds & UnderWorlds.

Our intention was to document the work, for those that were there and to convey some of the experience to people who weren’t, while creating an artwork in its own right.  We included film and photographs taken during the three day event, as well as chalkings and designs made as part of it.  Also included are tweets and other social media responses we collected.

The piece was commissioned as part of the BBC/Arts Council England’s collaboration The Space, and we wanted to experiment rather than just put offline work online.  We pushed the limits of bandwidth then, but fibre optics make all our worlds more accessible now.