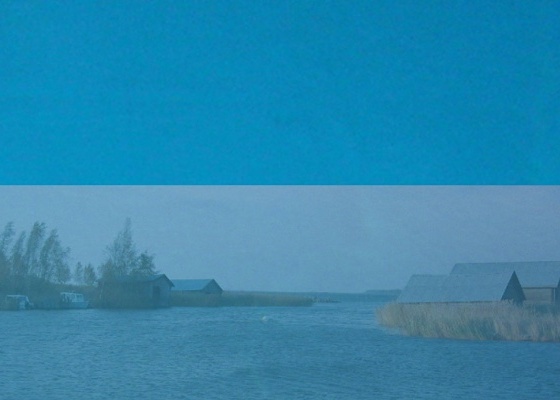 Interland was a collaboration between Kath McKay, Adam Strickson and myself from Yorkshire, England and Carita Nystrom, Marko Hautela and Ralf Andtbacka from Ostrobothnia, Finland.

Between 2003 and 2005 we wrote influenced by each other’s work and each other’s countries. The water which separates and joins us was our inspiration.

The result, Six steps under water – Kuusi askelta veden alla – Sex steg under vatten is published by Smith Doorstop and contains the stories in English with some translated into Finnish and some Swedish.

In 2004, while we were writing, we gave readings in Kokkola, Seinajoki, Vaasa, Leeds, Bretton, York and Sheffield.  We met up in Copenhagen for our final drafting and then, once the book was published, read in Vaasa and at the Ilkley Literature Festival.

We envisaged the book would merely contain our finished texts, but thanks to input of inspiring editors Janet Fisher and Peter Sansom it has much more including the writers introducing each other, email exchanges and photographs.

You can buy Interland, Six Steps Under Water at Inpress Books.

I was one of the writers and acted as the project’s producer. The project was the brainchild of Jane Stubbs the then literature officer of Arts Council Yorkshire, when Arts Council Officers were not only allowed to have creative ideas, but were able to implement and fund them. Interland built on connections Carita Nystrom, Ralf Andtbacka and I had developed when they were the lead artists for Ostrobothnia, and I was Jane’s predecessor.