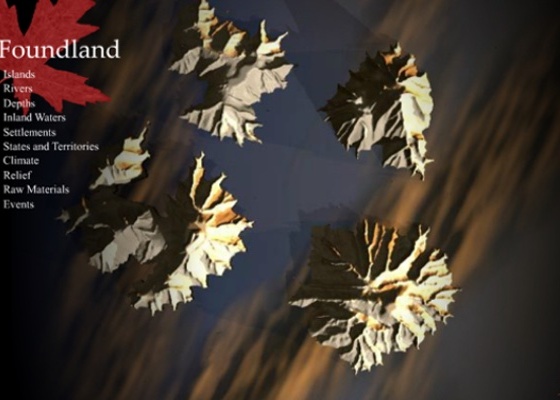 An exchange between Hiromi Goto and Ashok Mathur from Canada, and Maya Chowdhry from the UK, which led to readings in both countries, a website by Andy Campbell and a small booklet.

The starting point for the site was an atlas, ripped up and given with the brief to Andy Campbell of Dreaming Methods. I wrote at the time, “An atlas bridges the real and the imagined, it is scientific and symbolic, true and absurd, a calibration and a painting, it transforms reality into imagination so that we might navigate that reality.  Within this old code – the Foundland project explores how we transcend the traditional demarcations and separations described by maps and territories to describe the transaxial world we are living in – the future.”

The website, which seemed incredibly advanced in 2001, now seems as clunky as my prose.  But both remain important as developments in my practice, so I’ll stand by them now!

I conceived, produced and curated the project.  It was funded by Yorkshire Arts and the Canada Council.